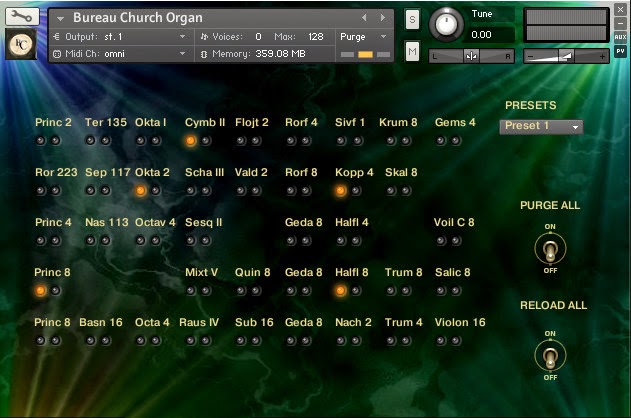 Originally sampled by professional organist Lars Palo and released under a Creative Commons liscense, this a 40 stop organ has been converted to Kontakt 5 by bigcat Instruments. Thanks to scripting by Matt McKay, this organ is the most extensive instrument we have ever released. It features over 100 Reverbs, Unison X, Stereo Enhancement, a 4 band Solid EQ and other effects like Chorus, Phaser and Surround Panning.

Goldenhelix was kind enough to fix some looping issues on some of the stops. You can drop his new nki file into your base directory for the organ for the fix.
Updated Bureu Organ nki

According to John's Organ Works, a 40 stop organ has 1,099,511,627,780 combinations, toss in the ability to change almost everything about this organ's sound, then multiply in over 100 reverbs and  you have the ability to customize your sound to an astounding degree.

There are two buttons / lights under the organ stops. The left one turns that stop on while the right one unloads that stop from memory, so if you are running low on memory you can easily unload samples you aren't using. 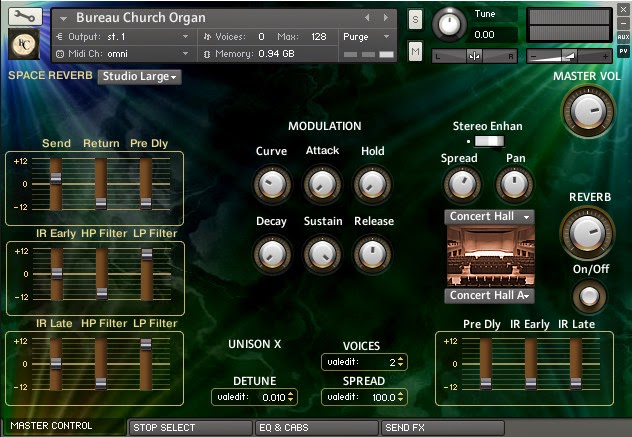 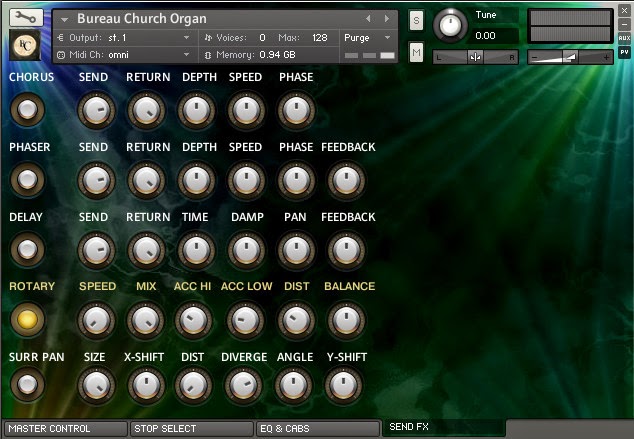 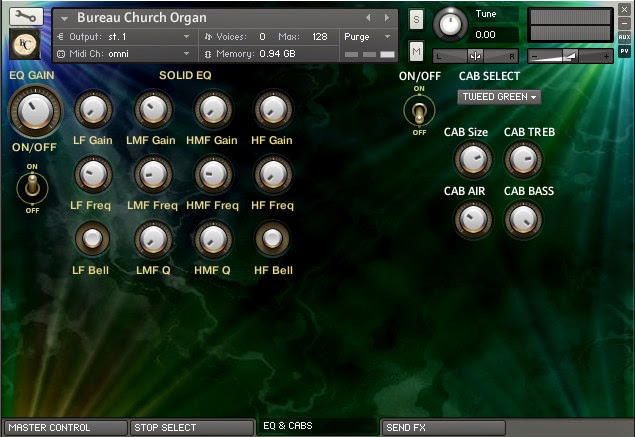 This organ was built in 1967 by Hammarbergs Orgelbyggeri AB for the church in Bureå, Sweden.

The recording of the samples was done in May 2010 by Lars Palo with a M-Audio Microtrack II and two Studio Projects B1 condenser microphones. The recording settings were stereo 24 bit and 96000 Hz samplerate.

This sampleset is created by Lars Palo and Graham Goode. Noise reduction of the samples was made with Nick Appletons Noise Reduce software.


This sampleset is licensed under a Creative Commons Attribution-ShareAlike 2.5. Consider this kontakt instrument to be the same. If used commercially please credit Lars Palo.
Posted by bigcat at 12:54 PM 7 comments: